When the BBC announced Sherlock there were mutterings about having a contemporary Holmes. I was amongst those who went on record to say that we’d prefer a Victorian Holmes (I have nothing against Sherlock before you start lighting torches). In response there were people who said that Victorian Holmes had been done to death.

But has it really?

One of the earliest screen Holmes (in the talkie era) was Arthur Wontner and his five Holmes films were all set in the 1930s. On viewing they seem more Victorian than they really are purely because they are literally closer in time to the Victorian era than they are to ours.

All of Basil Rathbone’s films (aside from the first two) were set in the 1940s so were contemporary for their time. Eille Norwood’s silent Holmes films of the 1920s were all set in that same period and Norwood is probably the most famous early screen Holmes. He even had the luxury of Arthur Conan Doyle’s personal endorsement. Although Doyle did express some misgivings about the "modern" setting. He said, of Norwood:


"He has that rare quality, which can only be described as glamour, which compels you to watch an actor eagerly even when he is doing nothing. He has the brooding eye which excites expectation and he has also a quite unrivaled power of disguise. My only criticism of the films is that they introduce telephones, motorcars and other luxuries of which the Victorian Holmes never dreamed" 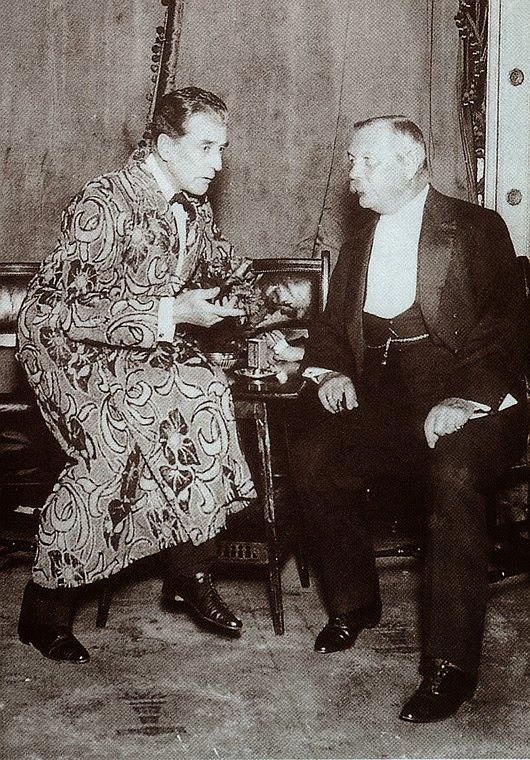 So the main Holmes actors of the 1920s, 30s and 40s were all of their time (even if that time seems period to us now). After that we entered the “Victorian” era with the 1950s covered by Ronald Howard, the 60s by Douglas Wilmer and Peter Cushing, the 70s by Robert Stephens and the 80s by Jeremy Brett and Ian Richardson.

The 90s were not too busy (aside from the ongoing Brett Granada series) and then we had the early noughties covered by Richard Roxburgh, Rupert Everett and Jonathan Pryce – all “Victorian”.

Now we find ourselves in an era where period and contemporary are in parallel. For the Victorian we have Robert Downey Jr and Igor Petrenko (of the new Russian series) and for contemporary we have Benedict Cumberbatch and Jonny Lee Miller.

So while, since the 1920s, there have been more Victorian Holmes periods than contemporary ones the Victorian version has, in reality, no more been “done to death” than the contemporary versions and there will always be room (and appetite) for both.