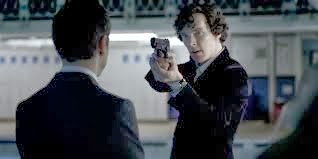 At the end of series one we had a genuine “how does he get out this?” situation. Sherlock, John , Jim, swimming pool, gun, bomb and sniper. The pieces were all on the chessboard. How did Sherlock get out of check? We knew he probably would but there was no guarantee.

We've not had that since. Series 2 ended not so much with a cliff-hanger than a question. We knew Sherlock was alive but how he was going to come back was a question not a cliff-hanger. If the series had ended with him on the roof of Bart's, Moriarty dead and John in the sniper’s sights that would have been a cliff-hanger. 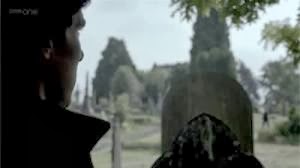 The same occurred with series three. The series concluded with us knowing that Sherlock was not going on a suicide mission in Eastern Europe and that he was coming back to deal with the possible return of Moriarty. No cliff-hanger only the question “is Moriarty alive and, if not, who is behind this?” 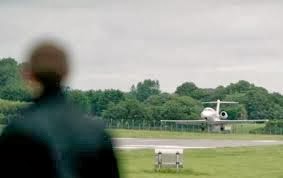