The recent guest post from Australia which bemoaned the lack of Sherlock Fandom organisation down-under got me thinking…is the gap that appears to exist between Fandom and traditional societies financial as much as cultural?


In so many ways, traditional groups and Fandom groups operate similarly. They both communicate on line (although the latter clearly do so more) and both groups have organised physical gatherings (see those arranged by The Baker Street Babes for example). Yet, despite a similar MO, we get a cri-du-coeur from Australian Fandom to the effect that nothing much is going on for them. 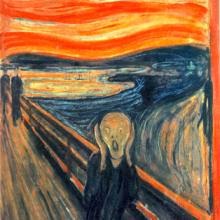 ...we Sherlockians in Australia must survive on breadcrumbs.....

....(namely: a late TV premiere, a couple of Holmesian societies – for paying members – and a TV advertisement prior to each new season). It would be the understatement of the fandom to say that the BBC Sherlock presence in Australia – and the Sherlockian presence in general – is small.

I tend to agree with one commentator who took issue with the fact that paying to be a member of a Holmesian society was presented as something exclusive and perhaps even too establishment (and hence undesirable). The strong impression was that paying for membership was unpalatable to Fandom (well some of those belonging to it at any rate).

I think this is a significant problem. Societies cannot survive on enthusiasm they require subscriptions and this isn't going to change any time soon. The apparent distaste for this approach that comes from some elements of Fandom must, I believe, have its roots in the social media model. The new generation of fans is used to things happening without cost...well "up front" cost.

Facebook, Tumblr, Twitter and others all provide their services free on the understanding that their users will allow themselves to become the tool’s asset. This means that the user, however grudgingly, agrees to be targeted with adverts etc. in order that the tool can generate revenue.

This however cannot work for regular societies. This model has its on-going costs and these have to be met through subscriptions. Now if you don't wish to go down this route - fair enough - but don't say there is nothing for you when you choose to close the door on a perfectly good option on the grounds that you don't like the idea of paying for it.