So is the great detective sexy? Fandom needs to take a deep breath before it screams yes at me...

Why? Well it's because the question refers to the character and not any actor to have portrayed him. Sherlock Holmes has been played by a great many men to have been considered sexually attractive. Basil Rathbone, Jeremy Brett (once considered for James Bond apparently), Christopher Plummer, and, more recently, Robert Downey Jr, Benedict Cumberbatch and Jonny Lee Miller.

But it is important to draw the distinction between the actor, the screen characterisation (which is down to both screen writer and actor) and the original written Holmes. What I am asking is whether or not the Holmes as conceived by Arthur Conan Doyle (and depicted by Sidney Paget) is sexually attractive either in terms of appearance or characteristics. 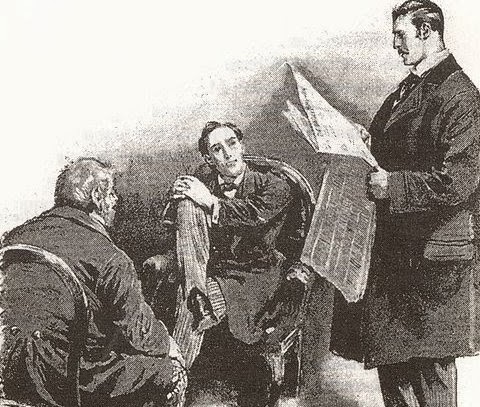