Would Victorian "Sherlock" have been as popular?

Now here’s a question. Would Sherlock have been as popular as it has been if it had been set in the Victorian era? In other words, to what extent is its popularity driven by the fact that it is contemporary?


Now it is clear that the show’s popularity has a good deal to do with its cast but would it have been at the same level if it had been Victorian-set? I'm not sure. It would have been popular for sure but as popular….? 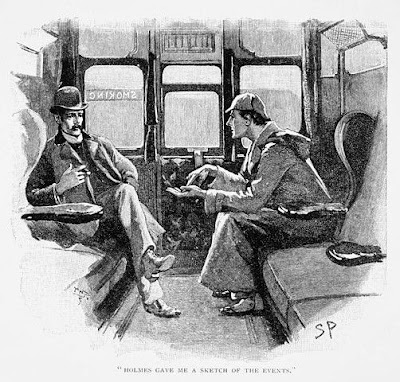 Now, if I can go by my Twitter account, a sizeable number of the under 30s who *really* love Sherlock also love Downton Abbey so you would be forgiven for thinking that a period setting is clearly not a problem and that they’d love a Victorian Holmes. However, the reality appears to be that the adoration for Downton, while significant, is as nothing when compared to Sherlock which suggests that there are fewer period loving fans of Sherlock than we might like to suppose. A good number of these same people have (re)discovered the Brett Granada Holmes off the back of Sherlock and clearly enjoy it but did they start (re)watching the Brett series because they really liked it or because they were simply desperate to fill the void between series of Sherlock? I think it’s a fair bet that it will be a combination of the two and some who watched it for the latter reason will certainly become members of the Granada loving population in due time.

Going contemporary (for any show based in an earlier age) has its advantages. Beyond the cost aspect that comes from not having to recreate a period environment, I think people are a lot more tolerant of deviations from the original plots when the chronological setting has been changed. The Rathbone films went (almost) completely away from the books once Universal took over the franchise and their links back to the source became increasingly tenuous. Yet whenever the Victorian-set Granada series went wide of the mark it got caned for its trouble (examples being The Eligible Bachelor and The Last Vampyre – based, respectively, on The Noble Bachelor and The Sussex Vampire). Despite this, they were quickly forgiven on each occasion largely because of the public’s reverence for Brett who had become the Holmes of a generation.