How do we see Sherlock Holmes?

In response to my request that you suggest a topic, I was asked this on Twitter by @shelly_murav

@alistaird221b do u feel there is a major difference in how Americans view Sherlock Holmes compared to say the British?

Now this is a good one and one that will no doubt generate comment.


Okay the first problem is that I’m British (which is most definitely not a problem in itself) so I cannot comment on how other nationalities perceive Sherlock Holmes. I can however speak from personal experience. 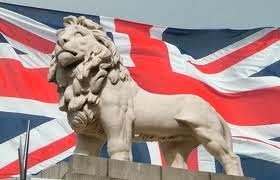 When I was growing up there was a distinct lack of home grown heroes and even fewer with whom I could (or felt I could) identify. Most of the literary/screen figures I admired originated in America or mainland Europe. In the UK the two screen heroes I admired the most were Sherlock Holmes and Doctor Who (so not much has changed for the teens of today). There was, however, a distinction between the two. The Doctor, whilst a British creation and a character that embodies much of what it is to be British is, at the end of the day, an alien and is of another place even if he has effectively adopted British mannerisms.

In addition, prior to the re-launch of the series, the Doctor did not have a huge international following. This may seem silly, perhaps even a little immature (but I was a child at the time - in my defence) but I wanted a hero who I admired who was also envied by other countries; with the Doctor you didn’t have that. He was my hero (he was Britain’s hero) but no one else really cared (different situation now I know).

Other countries did, however, envy us having Sherlock Holmes and clearly loved him as a character. This was the situation almost from day one; it was an American who caused The Sign of Four to be written (J.M. Stoddart).

There is something about having something that others want which appeals to our human nature (it may not be a nice aspect of us but it is an aspect nonetheless).

The situation was, in a way, repeated when the BBC screened Sherlock. Britain fell in love, the rest of the world was jealous and I think I can say that we, as a nation, rather liked that.