Last night saw the broadcast of part two of Arthur & George on ITV.

I was naturally concerned that the standard of part one be maintained or surpassed. In this I was not disappointed.

The problem for the second part of a three part drama is that it is the filler and lacks both the introduction and establishment of characters and the finale where all is revealed. 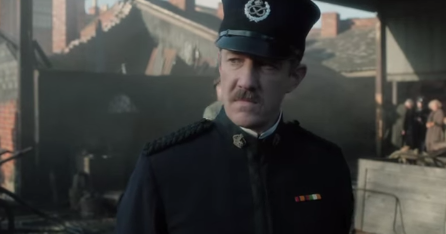 I suspect that partly as a result of this, the second part of the drama sees an increase in the fictionalised and/or speculative elements of the events in Great Wyrley. The horse slasher progresses to murder and we see Conan Doyle engaging with the police (not always pleasantly) to quiz them on their conclusions and to challenge them on what he sees as their errors and prejudices.

We also see conflict between Conan Doyle and Woody who is not as convinced of Edalji's innocence and who also regrets bringing the case to Conan Doyle's attention. 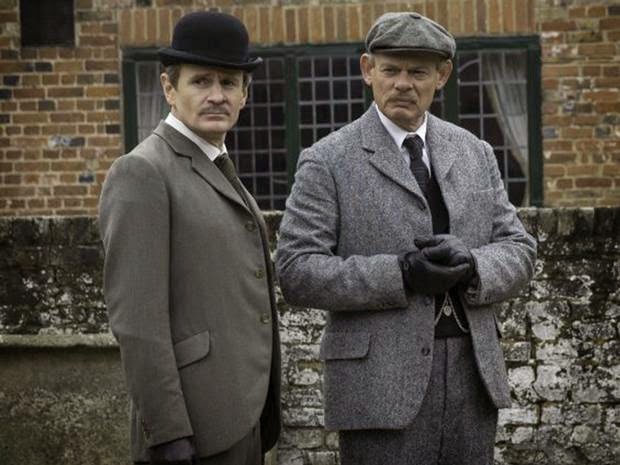 Away from the case we see the on-going issues of Conan Doyle's relationship with Jean Leckie and the disapproval of his family at their association. We see the confrontation between Conan Doyle and his brother-in-law Willie Horning (creator of Raffles) in which the perceived nature of the Doyle/Leckie relationship is discussed. 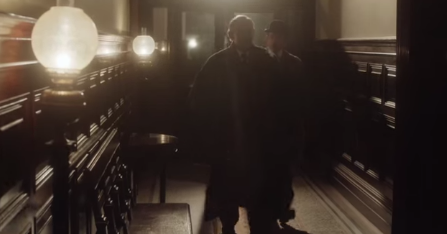 In this there is some clear changing of the facts to suit the drama but I don't feel it damages the integrity of the story and can be forgiven.

Clunes continues to impress as Conan Doyle and the rest of the cast continues to give sterling service. I am beginning to share Clunes' hope that this drama heralds the beginning of a series. Even though this would mean that future stories would be entirely fiction I still think it would be a good idea. It would also provide the opportunity for a dramatisation of the Oscar Slater case which I think is long overdue.

I look forward to part three.