Getting on the radar

What does this title mean you may ask? Well I am looking at what it takes to get noticed as a Sherlockian.

At some point we all became interested in/fell for/went ga ga over Sherlock Holmes. At that point we were private Sherlockians. We knew we had an interest but no one else did. If you wanted to launch yourself onto the Sherlockian "scene" what did you have to do?

Well there are different paths and the paths don’t necessarily cross. At the risk of stating the obvious, this is my opinion (who else's?) and is based on some of my experiences/observations to date.

This route, aka the fandom route, is where you come out (as it were) by joining on-line groups - Twitter, Facebook, tumblr etc and discuss your passion with those of a like mind. As readers of this blog will know all too well there are a great number of discussion groups concerning all areas of Sherlockiana. The canon, Basil Rathbone, Jeremy Brett and right up to Cumberbatch/Miller. It’s all there. A lot of material is produced in this forum but it seems, in the main, to be fanfiction or art. Furthermore that art and fiction tends to be based on one or more of the screen adaptations of Mr Holmes rather than the original source material. Not always, I stress, but often.

Through this route you could easily get recognised by quite a number of people but you would probably pass largely unnoticed amongst the mainstream as members of more traditional societies do not always have an extensive Internet presence (especially if they are of a certain age).

In some respects fandom can be seen as the fringe movement of Sherlockians but it is no less valid for that and it is growing at quite a rate.

Until the rise of the Internet, this was the only route to recognition. It begins, naturally, with you joining a society. However this is not enough. To become noticed you need to attend meetings (to get your face known) and then, if you want serious recognition (especially if it is to be beyond your society), you have to start contributing. This can take many forms. You could attempt to get involved in your society’s committee or perhaps contribute to its publications. Depending on the circulation of a given society’s journal your name could go far. 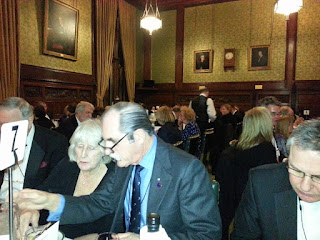 Outside of the society you could attempt publication of a book. However it should be noted that you are more likely, in my opinion, to get your name on the Sherlockian map through non-fiction books/articles rather than fiction. Traditional Sherlockian scholarship, pretty much by definition, is a non-fiction activity. This is one of many things that sets it apart from fandom material. It also tends to be rooted in the canon rather than any adaptation.

Many Sherlockians walk only one path. Ideally you should try and walk both if you want to really get yourself noticed and you need to discover and understand the expectations of the two routes. It is not the case that one has higher standards/expectations than the other, but it is the case that there are different expectations and different ways to approach each.