Which Sherlock Holmes stories are crying out to be made?

Examples of poorly dramatised stories include The Mazarin Stone and The Three Garridebs. Granada went so far as to slam these two stories together with appalling results.

The problem of course is that many of the stories do not lend themselves to dramatisation. Cinema was in its infancy when Conan Doyle was penning the last of the Holmes stories and of course he was not writing them with future dramatisation in mind. Stories such as the two above and The Sussex Vampire require a certain amount of padding before they can provide the amount of viewing time the average audience expects. 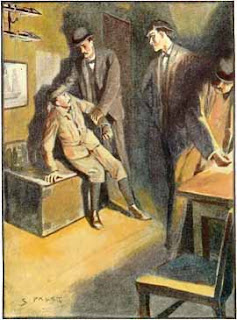 In my opinion, one of the stories crying out to be made is Black Peter. Which ones do you favour?