Sherlock at the BFI - my thoughts

I must admit to being decidedly irritated by the whole business of the première of Sherlock series three being at the BFI in December.

Before we knew it the word was out there - Sherlock to premiere in the UK in December. Twitter could barely contain itself. In part, I think the BBC's failure to, so far, give a broadcast date has fuelled this hysteria. Some people in the UK seemed desperate for bona fide confirmation that the UK was going to have it first. True, the BBC said it would be broadcast here before the US but without a date it just wasn't the cast-iron guarantee that some people wanted. They wanted (needed?) a date to cling on to. 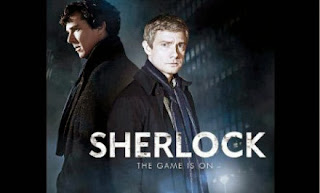 So the BFI has now provided one. The problem is that virtually no one will get to see it. Some press (probably too many), BFI members (fair enough) and a few non-members will form the audience.

Statistically, there is a significant chance that some of those viewing the show will feel a sense of power over the rest of us - I've seen something you've not seen. Even now, people who have secured tickets are crowing about it on social media and their celebrations are being re-tweeted around by the disappointed. How many of the "fortunate" will post spoilers or have spoilers dragged out of them by those simply incapable of waiting?

I think this BFI screening and its Q&A session have the potential to spoil things for a good many people. The Q&A, which is apparently going to be streamed over the Internet, will inevitably contain spoilers as the cast and crew respond to questions from those who watched the screening. Where is the sense in allowing masses of people to see the Q&A (and not the programme) when it is bound to contain spoilers of some magnitude or other?

This has been badly handled I think.