Editor's remarks: My semi-regular contributor Silke Ketelsen has some things to say about Sherlock. It's certainly a robust opinion.

In times to come Sherlock may well serve as an object lesson in how not to handle the relationship between creators and fandom – for both sides.

The fundamental disconnect here was, perhaps, that when Mofftiss said, 'Oh, our show is so clever!' they meant 'We added a lot of razzle-dazzle and shiny things which made you overlook the flaws and so we got away with a rather inferior product viewed as superior,' while we thought this show was clever because there was a lot of hidden meaning in 'the clues' to be found within.

And in the beginning, it seems, that Moffat and Gatiss really challenged their 'clever viewers' 'to look deeper', always talking about 'hidden clues' everybody had missed. This changed during the run of the show into 'it's just a TV show, don't read too much into it' and open disdain for those 'who watched it fifty times'.

And so two rather immature middle-aged men giggled all the way to the bank and at various awards ceremonies because they themselves could not quite believe that they had conned their way into the high echelons of British show-runners with something that was nothing more than a lark to them and should never have been taken as a serious attempt at high artistry, let alone groundbreaking and television history making, by us. We were taken in by 'the shiny'. 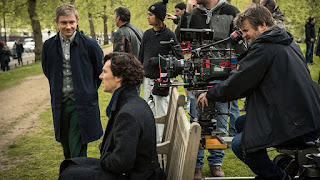 And the wrapping was superb, indeed. The combined efforts of high quality cast and production crew let everyone overlook the serious flaws in the writing that have been there from day one and got only worse in the running. The backlash the creators are receiving now – while going overboard at times - is a testament to how very loved the show people thought they were watching has been. How very prepared and ready their viewers have been to go with them in the direction they thought had been taken. 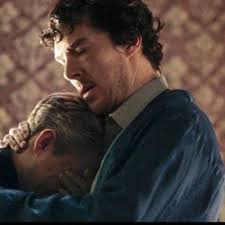 These show-runners never foresaw how ferociously certain parts of their viewership would latch onto certain aspects of the show they, apparently, added just for effect. What was a joke to them became a serious question of identification for a lot of fans. The disadvantaged, be they on the spectrum, LGBT, ace or simply a touch unsocial without many friends, finally found representation – or thought they'd found it - in a show that became a global success. At long last the limelight!

When in fact we were shown that our deviance is not to be cherished, but is a serious concern, probably caused by trauma, and should be remedied by a speedy return to the norm. And yet a very small effort in marketing research would have revealed the danger, I believe. No, you cannot please everyone, but you can avoid totally alienating the part of your fan-base that supported you the most. 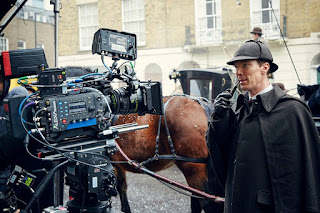 In the end they disappointed everyone. The fans invested in the relationship between John and Sherlock didn't get what they expected, neither did the fans of mystery solving. Staunch ACD aficionados (if still with the show at all) shook their heads and left to watch the Granada series again. And even very modest fans like me who only hoped for a bit more coherent story telling were left hanging like the three Garridebs at the Sherrinford cliffs.

So, I for one cannot blame the fans that got so mad at the creators that they burned or otherwise destroyed their fan collections or sold them off, and let TPTB know of their displeasure by tweeting or other uses of social media. Hell has no fury like a fandom scorned.

I've been there myself, after S3, when it became clear to me that I had pegged these writers wrong. No, these were not genius storytellers doing something new and true. These were writers barely able to tell a coherent story across multiple seasons, writing themselves into corners they had no idea how to get out of, leaving character and plot consistency behind them in the dust.

Surely even only moderately intelligent people must recognise what ret-conning whole episodes and story threads would do to the product as a whole?

Yes, Sherlock ended with a BANG! when the creators drove their multi-million dollar vehicle against a wall, leaving their truest fans – once again – disenfranchised.

The lesson I will take from this: Don't fall in love (with a show) again. It's a dangerous disadvantage found in the losing side.