Yesterday I finally got myself along to the Sherlock Holmes exhibition at the museum of London.

Approaching from St Paul's you certainly know when you're heading the right way. 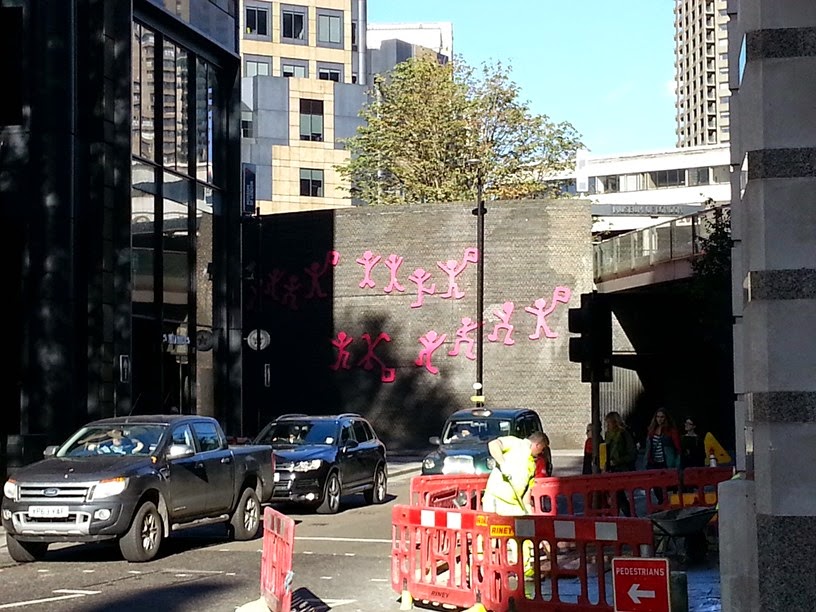 As you approach the main entrance you are warmed up for your experience. 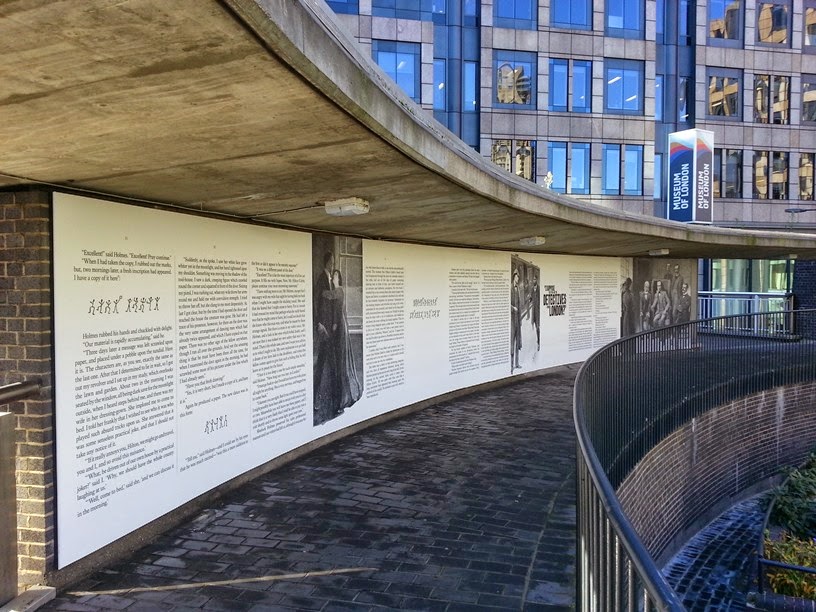 Then there is the main entrance itself.

From this level you descend three flights of steps and, ticket(s) checked, enter the arena. 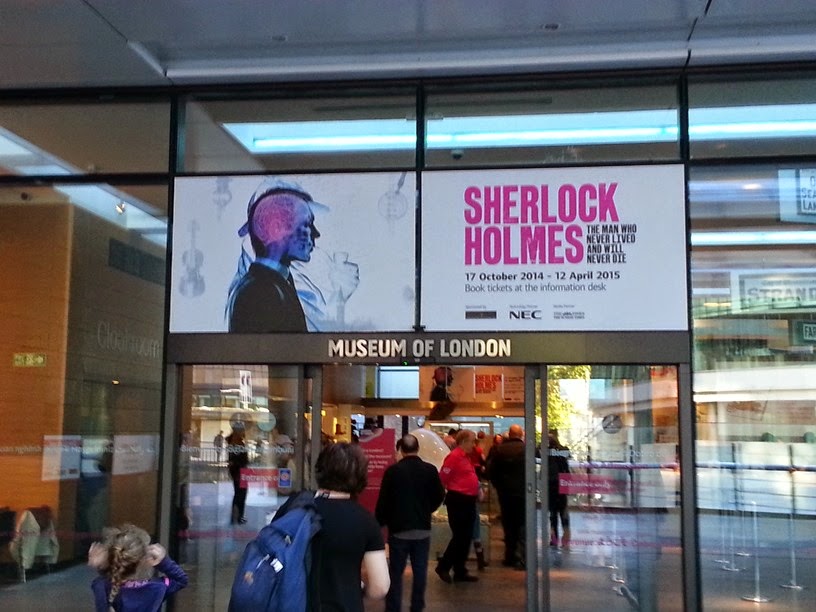 The exhibition is basically broken down into two parts. The first of these could be broadly described as being about the origins of Holmes. Examples of the exhibits include copies of Beeton's Christmas Annual and Conan Doyle's original manuscripts. There are other fascinating items such as original Paget illustrations and the cigarette case given by Conan Doyle to Paget on the occasion of his marriage. The exhibits have come from, unsurprisingly, the Richard Lancelyn Green Collection in Portsmouth as well as a host of private collections in the UK and USA. One dreads to think of the negotiations required to gather all the items and the premiums on the insurance policies.


The second half of the exhibition is concerned with the screen Holmes and contains items from many screen incarnations as well as general items associated with the era. Guns, canes, disguises, clothes and even typewriters form the items on display. As you walk round you are entertained still further by excerpts from the various dramatisations from Rathbone to Wilmer to Cumberbatch.

Perhaps fittingly you walk past the Reichenbach Falls on your way out. 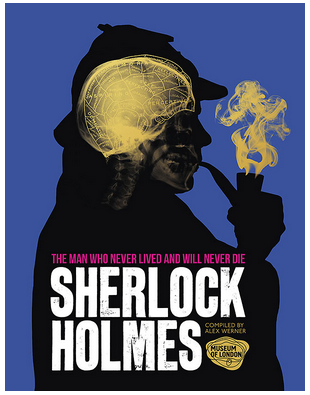 At the moment I would have to say that its greatest flaw as an experience is its popularity. It's quite a small exhibition in terms of space and they do rather cram people in. The result is that you get swept along with the tide of people and if you linger over an item for too long you'll almost literally feel people breathing down your neck. Worse still is if you pass something and try to go back - it can be quite a challenge. That said, I did go on a Saturday, perhaps it is quieter during the week.

The museum shop is fully stocked with related items. Some are strongly related, some are tenuous but the one to have is the accompanying book. The good news is that you can get a £5 discount if you present your ticket.

The exhibition is open until April 2015. Get yourself along.